The World Through Digital Eyes

Outside lighting on the structure, landscape lighting and even the atmosphere of city lights, can separate the building from it’s surroundings and create a more visually exciting image than a daytime photograph might be able to do. Another added feature when shooting during this time is that the sky becomes a very deep cobalt blue. Twilight photography is also a good way for the architectural photographer to take control of an undesirable weather condition. If the light during the day isn’t optimum due to clouds or if the building faces north and it must be photographed at the time of year when there isn’t any north light, photographing at twilight (dusk or dawn) can save the day. It is also a helpful technique when one needs to make a mundane building look more dramatic or to clean up the environment; for instance, if the building has undesirable elements around it, or if the landscaping isn’t in yet.

A Hotel or Resort photographer will find this technique especially valuable to convey the atmosphere of the property, especially in heavy tourist areas where there is a “night life” with exotic landscaping, fire pits, lit swimming pools and Jacuzzis. These areas draw thousands of tourists every week and the hotels and resorts in such areas are very competitive. Photographing these properties in twilight will add an element of life and excitement that can give your hospitality client maximum visual impact for their marketing and advertising.

For the architectural photographer whose client is the architect, this technique of photographing at twilight is especially important when the building has a glass curtain wall, enabling one to see the interior from the outside. In this scenario, the interior becomes an important compositional element of the exterior view and it may be a much more dramatic way of showing the architect’s complete design. Sometimes the building may have it’s own exterior lighting, however, usually I add my own lights to creatively illuminate the exterior of the building in an interesting way which at the same time accentuates it’s design.

Architectural twilight photography must be well planned, because the optimum exposure time (when the interior exposure and the exterior exposure fall within an acceptable range) lasts only for 10-15 minutes. Depending on the circumstance, this may have to be done at dawn rather than at dusk; for instance, in a situation where there is heavy traffic or when photographing in a busy city. Shooting at dawn is a bit more inconvenient, because it will require a very early set up – at least an hour before the sunrise. It is also imperative that special arrangements are made with the building engineer in order to make sure that all the building lights, both inside and out, are turned on and that they stay on. New buildings are designed to be energy efficient and I am finding that I frequently need to have someone walking in the building, in and out of offices, in order to activate the motion detectors and keep the lights on.

Dusk photography requires long exposures so a sturdy tripod is absolutely essential for the architectural photographer. If there are people or traffic in the view, one could use the longer exposures in a creative way by intentionally letting the moving cars or people blur. Be careful however, as the client may find the blurring effect to be distracting. Also, if you choose, or if the scenario dictates, that there will be blurred pedestrian or vehicle traffic, one must make sure that the blur adds to the composition in a complementary way and not over-power the visual impact of the building or interior space.

About the Author:
Paul Schlismann has been a professional architectural interior photographer (http://www.schlismann.com/), resort photographer and hotel photographer since 1980. Having established his career as a Chicago architectural photographer, he now has offices located in Arizona as well, and is working in Phoenix, Los Angeles, San Diego, Las Vegas and Chicago. His work is regularly published and many of his architectural clients have won design awards utilizing his photographs.

What are your thoughts on this article? Join the discussion on Facebook or Google+ 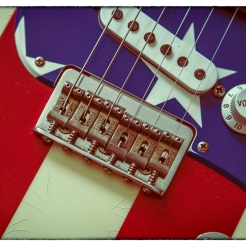 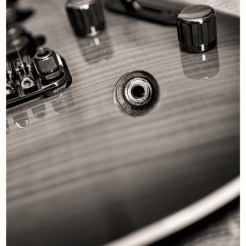